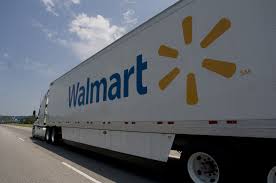 A Wal-Mart stores truck driver is facing criminal charges, with a criminal complaint alleging that the driver suffered from lack of sleep and had not slept in 24 hours. According to several other media outlets, the New Jersey Turnpike crash critically injured actor and comedian Tracy Morgan, and killed another man.

WSJ reporter Yoni Bashan writes that Kevin Roeper from Jonesboro, Ga, has been charged with one count of committing vehicular homicide by operating a vehicle recklessly, and one count of recklessly causing serious bodily injury. Trucking industry protocols for employee rest are again being scrutinized with Wal-Mart spokeswoman Brooke Buchanan telling the WSJ: “It is our belief that Mr. Roper was operating within the federal hours of service regulations.” Last July, federal rule changes took effect, mandating that drivers work a maximum weekly average of 70 hours in a period of about two weeks,” writes Bashan.” The previous maximum average was 82 hours over the same period.

The new rules also require truck drivers to take at least one 30-minute break during their first eight hours of driving.”