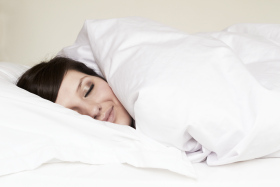 Sleep specialists and sleep lab directors can now say, “I told you so,” thanks to an April 2014 Time Magazine feature that boldly declares sleep as nothing less than the “New Health Frontier.” The 1,300-plus word article in the venerable news magazine quotes prominent sleep physicians who readily declare sleep as one of the three pillars of good health, right next to diet and exercise.

Time reporter Alexandra Sifferlin writes that, “Researchers have known for some time that sleep is critical for weight maintenance and hormone balance. And too little sleep is linked to everything from diabetes to heart disease to depression. Recently, the research on sleep has been overwhelming, with mounting evidence that it plays a role in nearly every aspect of health.”

“It’s common knowledge that sleep is needed for day to day function,” says Dr. David Rapoport, director of the Sleep Medicine Program at NYU School of Medicine in the Time article. “What isn’t common knowledge is that it really matters—it’s not just cosmetic.”

Sifferlin points out that while diet and exercise have been a part of public health messaging for decades, doctors and health advocates are now beginning to argue that getting quality sleep may be just as important for overall health. “Sleep is probably easier to change than diet or exercise,” says Dr. Michael Grandner, a sleep researcher at the University of Pennsylvania in the article. “It may also give you more of an immediate reward if it helps you get through your day.”

1 Comment on “It’s Time to Pay Attention to Sleep, the New Health Frontier”